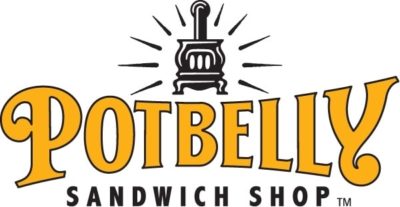 Want to take a peek at the Potbelly menu, the Potbelly secret menu or Potbelly nutrition info? You can find all of that and more here, as we take a look at this growing sandwich chain and learn how a Windy City favorite became a force to be reckoned with in the fast food industry.

Potbelly had an odd start, not to mention a slow one. But gradually this chain grew into one of the most respected sandwich chains in the United States, before taking its unique brand of baked goods overseas to the UAE, the UK and beyond.

Some of the biggest food chains in the world were founded off the back of loans, big ideas and massive strokes of luck. Pizza Hut was founded because of a fortunate investment in a local building; Papa John’s began life in the broom closet of a tavern; Carl’s Jr. began when its founders sold their car and bought a hotdog stand; and Orange Julius was the invention of the founder’s friend, who reinvented orange juice because of a stomach complaint.

All of these stories pale in comparison to Potbelly, which actually began life in an antique store.

Based in Chicago, this antique store sold knick-knacks, beaten first-editions and ancient appliances. In 1977, the owners decide to start selling sandwiches to drum up business, get more customers through the doors and earn a little extra cash. They toasted their bread, used fresh ingredients, and created a product that was made to order.

It proved to be so popular that they did away with the antiques, kept the sandwiches and grew the store from there. The owners made a pretty penny and the store became popular throughout the city as an independent, quirky sandwich shop.

But through all of this, Potbelly didn’t change the way they cooked, prepared and sold their food. Even today they still toast and prepare everything fresh, and that dedication has helped them to grow to over 400 locations nationwide.

Potbelly, unsurprisingly, are famous for their submarine sandwiches. These are lightly toasted, filled with ingredients of your choosing and served warm. You can choose the type of bread that you want your sandwich made with, and you can also instruct the server each step of the way regarding the fillings and sauces. You can order your sandwich in a range of sizes and cuts, including as an Original, as a Flat, a Bigger or a Skinny.

There are other edibles on the Potbelly menu as well, including:

Drinks: Like Steak n’ Shake, Potbelly are famous for their hand-dipped milkshakes. This term is used to refer to “real” milkshakes, which is to say milkshakes that are made from real cream and ice cream, and are hand-scooped into a blender before being mixed to order. There are other drinks available on the Potbelly menu as well.

Treats: It’s not just freshly prepared sandwiches on this menu, as you can also enjoy a freshly baked cookie. Or two…or three.

Salad: If you’d prefer something healthier but just as freshly prepared, then choose one of their salads instead. These hearty meals are also made to order, and there are a number of different options to choose from.

Sandwich chains have some of the best secret menus around. You only need to take a peek at the huge Subway secret menu to see that. There is no shortage of ways that you can spice up your sandwich, with extra fillings, sauces and cuts. The Potbelly secret menu is not quite as big as the Subwayone, but it is roughly on par with the Firehouse Subs secret menu and the Jimmy John’s secret menu, both of which have a few surprise menu hacks worth learning about.

Like all secret menus on this site, the Potbelly secret menu is updated all of the time. So, as soon as new menu hacks are added, we’ll include them. And if you know of any we might have missed, just send us a message and we’ll be sure to include them.

Potbelly menu prices are in line with all of the other big chains and are very similar to what you would find on the Jersey Mike’s Subs menu and the Firehouse Subs menu, among others. After all, if that wasn’t the case then they’d be pricing themselves out of the market. Even for a brand that does things a little differently and is confident that their sandwiches are the best, that wouldn’t be a wise move.

These days everyone expects the $10 in their pocket to go a long way at a sandwich chain. They expect to be able to get a sizeable sub of their choice; a small meal deal with a drink; or a wrap and a side. That’s how far your $10 will go at all of the other chains, and it’s also how far it will go here.

There are two sizes of sandwich to choose from. Their biggest sandwiches are around $8 to $9, while their smaller ones are around $1.50 less. You will pay less for a Flat, even less for a Soup, and a little more for a Salad. Their desserts are very cheap, with a couple of chocolate cookies costing just over $1.20; and you can get a soda, a fruit juice or a bottle of water for between $1.50 and $2.50.

Read our Potbelly Menu Prices page to see an updated list of all menu items and prices.

There are plenty of low calorie options on all sub sandwich menus, and the Potbelly menu is no different. They are actually a little clearer in regards to their nutrition information than other chains are. They don’t just tell you how many calories are in a particular sandwich, they tell you where those calories come from. As a result, you can work out the total even if you add extras. And if you’re looking to cut back while still opting for your favorite sub, you can simply ask them to remove some ingredients and then see what the total looks like.

We can use the Buffalo Grilled Chicken sub as an example. The bread in this sandwich will set you back a total of 280 calories. If you got for a standard Buffalo Grilled Chicken, you can add another 272 to that total. That leaves you at a fairly reasonable amount of 552, which leaves plenty of room. As a result, you might decide to add some extra Blue Cheese, a little Provolone Cheese and another Chicken Breast Fillet. If so, then you can look to add another 227 to the total.

On the flip side, if you want to reduce the 653 calories in their Italian, you can remove the Provolone, reduce the salami by half and double up on the pepperoni instead. This will still give you a meaty feast, but for over 100 calories less.

To learn more and to see a full table of updated calorie, fat, carb and sodium content, read our Potbelly Nutrition Info page.

Potbelly has over 400 locations worldwide and hires over 7,000 people to work in them. But like so many other sandwich chains, it is growing all of the time. On the surface, it might not appear to be growing at the same speed as Jimmy John’s and Mike’s Subs. After all, 400+ locations in over 40 years isn’t very impressive on paper.

But dig a little deeper and you’ll discover that all of those locations were opened between 1997 and 2016. Prior to that, only the original Potbelly store existed. It wasn’t until the brand was acquired that it started to grow, and when that happened, there was no stopping it. The late 90s and early 2000s were boom years for Potbelly, as they had been for Subway, Quiznos and many other chains.

In the 2010s, the brand acquired an international audience when it opened its first location outside of the United States. The first was quickly followed by a second and a third, and these days Potbelly can be found in the economic powerhouses that are Dubai and London, with other cities set to receive stores in the near future.

Potbelly store hours differ from location to location. However, most of their stores open from 11:00am to 9:00pm from Monday through to Thursday, and from 11:00am to 10:00pm from Friday to Sunday. Don’t take our word for it though as your local store might be different. 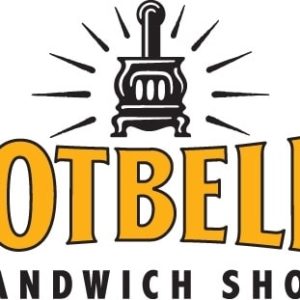 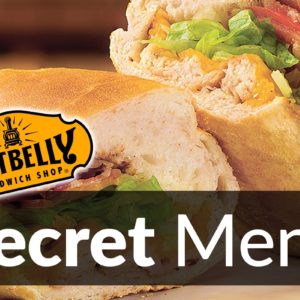