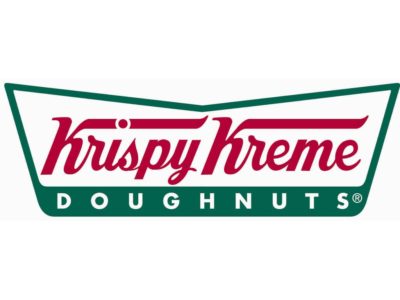 Krispy Kreme is not the most famous or the biggest donut and coffee chain in the world. In fact, in many ways it is forced to sit in the shadow of Dunkin’ Donuts, which makes Krispy Kreme look tiny by comparison. However, Krispy Kreme was founded a couple of decades prior to their rivals and they have a global reach that is just as extensive.

This seemingly quaint restaurant chain is actually one of the richest chains of its type. It punches well above its weight in the business world and when it comes to food, the Krispy Kreme menu is one of the best around. It is not wonder that customers flock from miles around to visit these stores, queuing halfway around the block as soon as a new one opens and doing all that they can to get their hands on the famous Krispy Kreme donuts.

The first official Krispy Kreme store was opened in Winston-Salem, North Carolina, in 1937. The name had been used prior to that, with the founder, Vernon Rudolph, having some experience in the trade. But this was when it really took hold. The only reason he moved to that particular location was because that’s where they made his favorite cigarettes, Camels.

It proved to be a wise decision though because business was good from the outset. Krispy Kreme initially sold to local stores, but they also sold fresh donuts out of their own restaurant. In the decades that followed, Krispy Kreme became well known throughout the southeastern United States, with a number of locations in many different regions.

In 2015, nearly 80 years after the Krispy Kreme name first took root, the 1,000th franchise was opened. Kansas City was the lucky recipient of this store, and in the years that have followed, just a handful of other stores have been opened.

Going by these numbers alone, it would seem that Krispy Kreme is a brand that has grown very slowly and very steadily. After all, it had the jumped on many of American’s favorite chains, sometimes by several decades. Yet it has a fraction of the amount of locations. But that’s because the Krispy Kreme business model is different, and it seems to be working for them.

You can’t underestimate the reach that this brand has in grocery stores either. They realized very early on that there was just as much money to be made in these stores as there were in their own stores. If not more. So they began offered cabinets to retailers that were filled with selections of their donuts. The retailers just had to stick these in their store, take a share of the spoils and keep their customers happy. And in the process, Krispy Kreme are able to sell millions of donuts outside their chain stores every single year.

No one knows donuts better than Krispy Kreme (just don’t tell their old rivals Dunkin that we said that). They have been in this business for a very long time and they have a good grasp on what makes this baked treat great. You may find better coffee, snacks and breakfast items at other donut chains. But when it comes to the treat from which they take their name, they don’t come much better than Krispy Kreme.

That’s because they have always focused on the doughnut. They have never changed tack, even though many of their rivals have gone the health-conscious route or have shifted more toward coffee and snacks.

So, what can you expect from the Krispy Kreme menu? Well, it all depends on what you like. Everyone has their own favorites. Believe it or not, some of the most popular donuts are the simple ones, such as the Glazed Donut. Personally, we find it difficult to be tempted away from the bright colors and the sprinkled toppings, and we rarely even notice the simple donuts!

Speaking of bright colors and big toppings, some of the more unique offerings at Krispy Kreme include the Reese’s Peanut Butter and Jelly Donut (which comes with an utterly redundant “Contains Peanuts” warning) and the Salted Caramel Cheesecake Donut. A deceptively simple donut that usually makes it onto people’s list of favorites is the Strawberry Gloss Donut, which has to be tasted to be believed. Just make sure you have a napkin on hand to wipe your fingers after you lick them clean of that gooey, glittery, strawberry mess.

If it’s your birthday, then try your luck. Just don’t push it. You can’t have 365 birthdays a year. We tried.

The Krispy Kreme secret menu is relatively small. Their standard menu isn’t as big as some of their rivals, but there are still some interesting secret menu items to explore. This secret menu includes options that are only available at certain times of day or during certain times of year (including a Birthday Special, as pictured). It also includes some extra special donuts, drinks and breakfasts. Perhaps not quite what you can get on the Starbucks secret menu or the Dunkin’ Donuts secret menu, but if this is you chain of choice, then it’s worth checking out nonetheless.

A donut sprinkled with gold. Finally, we have found the one thing more valuable than pure gold.

You can get one of the famous Krispy Kreme donuts for $0.99, or $1.99 if you want one with heaps of toppings and fillings (and why wouldn’t you?). If you super-size this to a box of 12, you will be looking at $7.99 for the Original Glazed and $8.99 for the Assorted Varieties. There are also Specialty Donuts, and these cost a little more, coming in at just under $12 for a box of 12.

A large coffee will set you back less than $2, but the lattes, cappuccinos and other speciality coffees cost a little more. The price of a cold beverage is roughly the same, with a large coming in at $1,79.

To see more Krispy Kreme menu prices, read our extensive guide on the subject. Here you will find every single menu item and all corresponding prices.

A selection of simple glazes and colorful toppings.

I hate to be the one to break it to you, but donuts are not healthy. And that applies whether you remove the topping or not. You can stick a salad leaf on the top if you want, it’s still not healthy for you. However, it’s okay in small doses and when eaten as a treat. We all need a little sugar and fat in our lives. We all deserve a treat every now and then, and for that, Krispy Kreme can help.

If you are watching your waist line, however, then you might want to limit how many calories that treat gives you. On average, their donuts are around 300 calories and contain around 15 grams of fat. The heavier the topping and the filling, the more these numbers will increase. And if you like to sit with a dozen box on your lap, eating until every last crumb has gone, then keep in mind that you have between 3,000 and 4,000 calories in front of you.

If you opt for the simple Glazed donuts, you can shed some of those calories, sugar and fat. But you won’t find anything worth eating that is below 200 calories on this menu.

Read our Krispy Kreme nutrition info guide to see what your favorite donut contains (just don’t blame us when this forces you to find a new favorite).

A Krispy Kreme restaurant in the United Kingdom.

Krispy Kreme may only have 1,000 or so locations, but much like their Strawberry Gloss topping, they are thinly spread all over. Whereas many of their competitors are focused on the United States, Krispy Kreme have gone global. They are particularly popular in countries like the United Kingdom, which has always been receptive to the big American fast food chains and seems to have a passion for this particular one.

Some Krispy Kreme UK locations include Kingsbourne House, Trafalgar Square and Covent Garden, all of which are in London; Eldon Square, Quayside and Gateshead, which are all in the North East; as well as Hockley and Caxton Gate in the Midlands. Krispy Kreme’s UK reach has been helped by their inclusion in nationwide Tesco stores. These are not Krispy Kreme locations as such and are more like simple cabinets, but they still carry the Krispy Kreme name and you can still buy Krispy Kreme donuts (or “doughnuts”) there.

As well as the US and the UK, you can also find the Krispy Kreme brand in the following countries:

Krispy Kreme typically opens from morning until night, with many stores running from 8:00am to 8:00pm. Many of their locations are in shopping malls, business districts and near hotels, so they catch a lot of passing trade at all hours of the day.

Krispy Kreme can also be found in 24-hour convenience stores, which means their donuts are always available whatever the time of day.