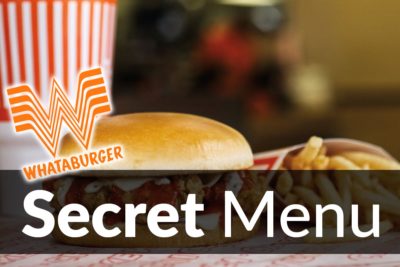 Few know of the Whataburger secret menu, but those that do know of it certainly reap the benefits. From enjoying a refreshing Whataburger Hulk to an unexpected Chicken and Pancakes, the menu changes the dining experience at Whataburger indefinitely. 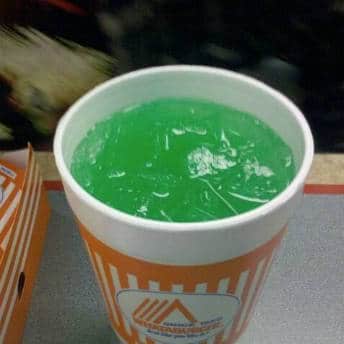 Perhaps the most tantalizingly perfect fountain drink mash up on the market, this drink is available nearly exclusively at Whataburger, just because most places don’t carry the two necessary ingredients simultaneously. Its distinct green color and powerfully sweet flavor make it a must have at Whataburger for anyone who has tried it. The drink combines a small amount – about ¼ of the cup – of Powerade, filling the remaining portion with Vault soda. Vault, an energy soda, will get the heart pumping when you down it so quickly (it’s hard to stop once you start) and want more of the Hulk. It’s so addictive that there is an online movement spearheaded on Facebook to make it a part of the official menu. To order one, just ask for the Whataburger Hulk. Most employees should know how it’s made. If not, explain the easy process to them, or make it yourself if the fountains are for open for the consumers to use. Hydration never tasted so good. 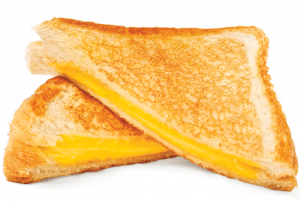 I know, I know, this secret menu resource has listed off way too many grilled cheeses. There’s the classic In-n-Out Grilled Cheese, Denny’ssurprising Grilled Cheese and French Toast Grilled Cheese Sandwich, or even Burger King’s Ham & Cheese, but Whataburger does it better than just about anyone.

If you aren’t feeling like sighing, full as can be, and saying to yourself “What a burger”, try the unique grilled cheese and enjoy warm, gooey cheese sandwiched between golden brown, buttery toast.

Just ask for a grilled cheese, and the employee should know what you’re talking about. Even if they haven’t made it before, just tell them it’s on the secret menu and they should be able to make it for you. It’s cheap, too – only costing the same as toast and cheese – so grab one for yourself and enjoy! 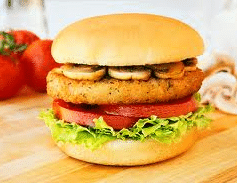 Every reputable burger joint has to boast a veggie burger nowadays. With such a rapidly growing vegetarian market amid times of health crazes and animal rights movements, it’s important to appeal to your animal-loving customers, too.

Both In-n-Out and Burger King sell veggie burgers to their valued customers, but Whataburger innovates the burger game by doing something no other restaurant does. While In-n-Out just puts vegetables between a bun, and BK smacks a veggie patty in a vegetable sandwich, Whataburger maintains the vegetables, but puts a delicious breaded potato patty (update from Whataburger: “We do not currently offer potato patties, however we do have Hashbrown Sticks customers can request to make a veggie burger”) in the mix to save the animals, but also the flavor.

Take your pick on what toppings to add, as long as meat isn’t one of them. Ask any Whataburger employee for a veggie burger and they’ll most likely oblige and take care of it, but if they don’t know how, just explain the hashbrown sticks and they can figure it out. Keep up the dedication to good health! I don’t know how you do it, but hopefully another vegetarian fast food option is of help to someone. 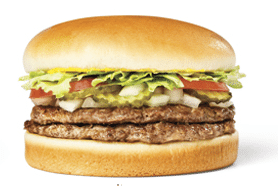 In-n-Out Burger has sold a number of these burgers that is honestly difficult to fathom. Whataburger, apparently, got jealous of this massive success and created a secret item that closely mimics the burger. It has the same ingredients and structure, just minus the secret In-n-Out sauce (though I suspect Whataburger adds their own personal flavor) and a close price, too.

This item is a more secret menu item than most, due to its conflicting nature. In-n-Out has rights to the term double-double, and thus Whataburger could never put it on the real menu, no matter its success, but it will remain a well-kept secret that customers continue to enjoy.

Because this item is so secret, you may not have great success with ordering it. Employees may look at you funny, directing you to the nearest In-n-Out, but insist on its existence, and you can convince them to recreate a double-double for you. Just don’t tell In-n-Out about it. 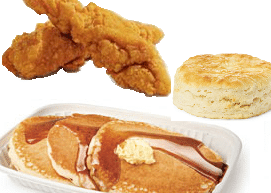 Chicken and waffles, move over. Whataburger has commandeered control of acceptable breakfast combinations and deemed that pancakes are actually better with some crispy chicken.

Chicken and waffles are actually a delicious pastime that many enjoy frequently, but because Whataburger only offers pancakes on their regular menu, it’s the only possibility. This item isn’t exactly a separate item; rather, it’s clever rearrangement of actual entrees that make for the ultimate breakfast.

During breakfast hours (11:00pm to 11:00am), you can order pancakes a la carte, alongside chicken strips – AKA the biscuit sandwich. Ditch the biscuit, and enjoy your chicken and pancakes. You can enjoy a warm biscuit as a side after devouring the main course.

Syrup, pancakes, crispy fried chicken, and a warm biscuit, all for the low price of one a la carte item and one entrée. Find time to make it during the right hours and create your own breakfast tradition! 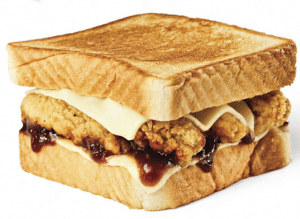 This is likely the most popular entrée on the secret menu at Whataburger. Similar to the Whataburger Hulk, it has a group of passionate fans advocating for its placement on the real menu, but for now, it remains a juicy secret.

Juicy is the right word – the sandwich is packed with tender, fried chicken strips and doused in sweet barbecue sauce – making for an intense dining experience that so effectively spurs support from first-timers. The only issue is that for some reason, Whataburger can’t manage to keep BBQ sauce consistently on hand (a problem they should certainly fix) and thus cannot make the sandwich when it is not available.

That doesn’t mean it’s not worth trying, however, so ask for one at your local Whataburger next time you go! If they aren’t sure how to make it, explain it’s a simple chicken strip sandwich with BBQ, and hopefully they can provide you with the most raved about secret in Whataburger. Enjoy!