The P.F. Chang’s China Bistro is an Asian American casual dining restaurant chain with over 200 location worldwide. The biggest chain of its type in the United States, this brand has grown considerably since it was first founded back in 1993.

P.F. Chang’s has tapped into a market that few US restaurant chains ever ventured into. After all, this is a country big on Mexican fare and on traditional American cuisine, with chains like Taco Bell, Chipotle, McDonalds and Sonicdominating. They offer customers something new and something different, but with all the consistency and reliability that a chain provides.

The first P.F. Chang’s restaurant was opened in 1993, but the story goes back further than that. The chain was named for the co-founders Philip Chiang (later shortened to “Chang”) and Paul Fleming.

Philip Chiang’s mother was Cecilia Chiang, who opened a Chinese restaurant in the 1960s that proved to be very popular. In the 1970s, her “Mandarin” restaurant opened its second location in Beverly Hills, serving the fashionable upper-class, celebrities and rock stars of the time. Cecilia later moved back to China and put her son, Philip, in control of the business.

In the 1990s, Chiang met Paul Fleming, and together they created the P.F. Chang’s restaurant. Their goal was to combine simple Asian ingredients to create food that the American people would enjoy. They focused on lettuce wraps, delicate dim sums and Asian-inspired street fare, and they served it all in a casual dining location, offering comfort, quality service and a relaxing ambiance.

A tasty and healthy fish meal from P.F. Chang’s.

P.F. Chang’s has a catering menu and some happy hour specials to explore. The main menu is also extensive, with all kinds of entrees, mains, salads, soups and more. Their “Street Fare” menu will escort you to the night markets of the far east; their dim sum menu offers a selection of tasty, bite-size dumplings; and there is also a selection of sushi dishes to enjoy.

The main menu options include beef dishes, vegetarian dishes, noodle dishes, seafood dishes and chicken dishes. There are eastern-inspired desserts, including a Vietnamese Chocolate Lava Cake and Banana Spring Rolls, or you can opt for American options like Cobbler.

There is also a menu for couples, with meal deals on four-course meals for two. These include a selection of Street Fare dishes, soups and entrees, before finishing with a dessert.

We get a lot of questions along the lines of, “Is the P.F. Chang’s secret menureal or just an urban legend?” Secret menus have come a long way over the last year, which is in no small part thanks to the work that we have done on this site.

That’s the bad news. But the good news is that we have done the legwork. We have asked around. We have pestered the serving staff and managers and we have discovered that there is a secret menu. It may not be as good as some of the aforementioned ones, and it’s certainly not as extensive. But it exists.

P.F. Chang’s has an extensive gluten-free menu. Typically, for anyone with a gluten intolerance, an Asian menu is a minefield. But that’s not the case here and there is no shortage of menu items to choose from. All of these are clearly labelled, and the staff are well trained in dealing with this issue. So, if you’re not sure, just ask.

There are options for other special diets as well, and you shouldn’t have an issue finding something to eat if you’re vegetarian, vegan, or if you have nut allergies. The menu clearly labels what the food contains and there are options specifically for people with special diets.

Asian food is typically very healthy. But Asian American food tends to be a little heavier on the fat, the salt and the sugar. There are healthier options available though.

To learn more about the fat and calorie content of your food, read our P.F. Chang’s Nutrition Info guide. This is updated regularly and contains all of the items on the menu.

An evening feast with an assortment of main menu meals and sides.

This is a casual dining restaurant, so don’t expect to fill-up on food for less than $10 like you can at Sonic, In-N-Out Burger or Del Taco. The prices are roughly in line with what you would pay at other casual dining locations like Nando’s and Olive Garden. But of course, the food is completely different.

You can generally enjoy a comfortable meal, with several courses, a bottle of wine and a dessert, for around $50. If money is a little tight, there are cheaper options available as well. Just be sure to cut down on the courses, and to order the smaller versions. You may also want to skip on the wine, as this is always marked-up in restaurants.

To see more P.F. Chang’s prices, and to work out the cost for yourself, read our guide on the subject.

A saucy sushi dish from one of the many international P.F. Chang’s locations in Abu Dhabi.

P. F. Chang’s may have been founded in the United States and this may be their strongest market. But unlike many rival fast food chains that have over 90% of their locations in the US, over a quarter of all P. F. Chang’s restaurants are overseas.

Many of these restaurants are run by the multinational company M.H. Alshaya. This company also helps to operate brands like Starbucks, The Cheesecake Factory and IHOP. This support means that P. F. Chang’s can now be found in all of the following countries outside the US:

Most P.F. Chang’s locations open from between 9:00am and 11:00am, to 9:00pm and 11:00pm, depending on the location. These times may vary for the international locations and during Sundays and holidays. Be sure to check with your local store before paying them a visit. You can also call ahead to book a table and make sure they are able to cater for any special diets that you may have. 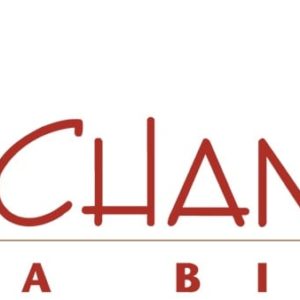