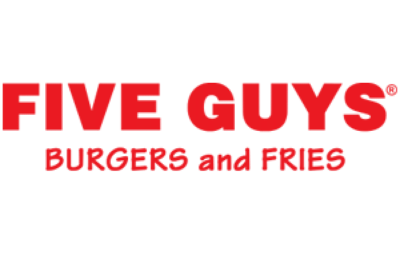 Five Guys has consistently ranked as the fastest growing fast food chain in the world over the last five years. In fact, many experts are predicting that its rapid rise will mean it will one take compete with McDonalds as the biggest burger chain in the world.

The chain was established in 1986 by a family of five, who became the “Five Guys” for who the restaurant is named. The Five Guys secret menu is one of the biggest and best on this site, enough to rival the McDonalds secret menu and the Burger King secret menu. There is also a substantial standard menu to explore, just two of the reasons why this chain is so popular and why they are spreading so quickly.

Five Guys may have a strong presence in the fast food industry today, but it’s a relative newcomer. It was founded in 1986 by married couple Janie and Jerry Murrell, who went into business along with their children (the original “Five Guys”).

The brand grew very slowly and by 2001, they had just 5 locations in total. However, this soon expanded, and when they began accepting franchises in 2003, the brand exploded.

In later years the couple would have more children, and the “Five Guys” would become their five children. The family still work in the business, with some sons choosing to fly around the world visiting their restaurants (it’s a hard life) and others working on training, franchises and other aspects of the business.

Five Guys have always tried to do things a little differently, setting themselves apart from their competitors in what is a very crowded marketplace. As discussed below, they do this with their menu, their secret menu and other aspects of the business. But they also create a unique aesthetic within the restaurant.

They use a red and white checkered design that features in all of their restaurants and much of their menus and promotional material. The kitchen are open and often visible from the restaurant. And there is a single counter with tables and chairs for diners to enjoy their food. It’s very much a classic American aesthetic, not unlike a traditional 1950s diner.

Some locations promote interactivity with the use of drawing materials. Some locations also give away complimentary roasted peanuts to paying customers.

One of the reasons the Five Guys chain is growing so quickly is because of its reputation for serving some of the best food in the industry. They are one of the most talked about burger chains on social media, despite the fact that their locations are eclipsed by the likes of Subway, Wendy’s and Taco Bell. In terms of size, they are on par with Carl’s Jr, a chain that is predominantly focused on the Western United States. But Five Guys punches well above its weight.

In 2011, Zagat ranked them as the best chain, and their burger as the best burger; and in 2012 they were voted as the best chain in a survey of over 7,600 fast food diners. This is a brand that is clearly very popular with the people, and that doesn’t show any signs of abating.

Even Barack Obama is said to be a fan, taking colleagues to the restaurant during his presidency.

Five Guys has traditional American fast food on its menu. This includes burgers, fries, shakes, hot dogs and grilled cheese. Their burgers are what they are most famous for. These are produced in a way that is unique to the chain. The buns are closer to being brioche than bread. They use a higher quantity of egg and sugar to achieve this, which in turn makes the bun softer and sweeter.

Their burgers come in a variety of combinations, with all kinds of bacon, cheese and relish available. There isn’t a great deal of sides on the menu, with their French fries being the only real offering. These can be cooked and seasoned in several ways, with the “Five Guys style” seasoning being the most popular.

Just like the Sonic menu, the Five Guys menu also includes a number of classic shakes and drinks. There are a choice of flavors available and these can be mixed and matched to create your perfect combination.

The fact that there are so many different flavor combinations with their burgers, fries and their drinks, means that the Five Guys secret menu is one of the biggest in this industry. In many ways, it is similar to the In-n-Out Burger secret menu. But Five Guys have never been ones for emulating their rivals, and their secret menu is no exception. This menu is unique, and if you’re one of the many millions of Five Guys fanatics out there, we recommend that you check it out.

Some of our favorite items on the Five Guys secret menu include the Cheese Fries, a gooey, cheesy delight that make for a great alternative to their original fries: and the Patty Melt, which is every bit as cheesy and every bit as delicious as the fries.

Five Guys may be consistently ranked as one of the leaders for taste and service, but they have also received criticism for the calorie content of their food. This should go without saying, but there is a lot of calories in stacked burgers, cheesy fries and milkshakes.

Men’s Health magazine are one of the many groups that have pointed out how unhealthy this menu is. But that’s the unfortunate downside of baking buns with egg and sugar, loading them with thick burgers and cheese, and adding some crispy fries on the side. As an example, one of their standard double burgers and a side of their large fries contains in excess of 2,000 calories. And that’s before you factor in the copious amounts of fat, salt and sugar.

There are healthy options available though and there are also ways that you can cut calories with your order. To learn more about these options and to read the full nutrition table, check out our Five Guys nutrition info page.

Five Guys are a little more expensive than McDonalds. But their burgers are also a good deal bigger. Their prices are also a little more than In-n-Out-Burger, but Five Guys work on a different model. They focus on casual dining and are a cross between a fast food restaurant and a casual dining restaurant. In-n-Out Burger, on the other hand, focus on drive-throughs and speedy service.

The rent tends to be higher for Five Guys as well. Many of their restaurants are located in shopping malls, where the high traffic and the constant flow of hungry customers means it’s always more expensive for chains to set-up shop.

There are more than 1,500 locations around the world, but this number is growing at an exponential rate. In ten years from 2003 to 2013, they opened more than 1,000 locations in the United States. This is a figure that no other chain has been able to match. The biggest chains in the world are now looking over their shoulders, as Five Guys is gaining on them fast.

It’s not just in the United States that they are growing. They opened their first location in the United Kingdom in 2013. Within 3 short years they had more than 25 locations and counting.

As well as painting the US and UK red and and white, they have also gained traction in the following countries:

Most locations open at 11:00am and close at 10:00pm or 11:00pm. Times vary depending on your location, and these hours may be shortened during certain holidays. Be sure to check with your local chain to determine the opening times and to make sure you don’t miss out. 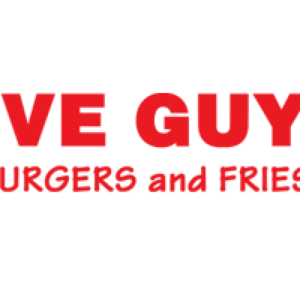 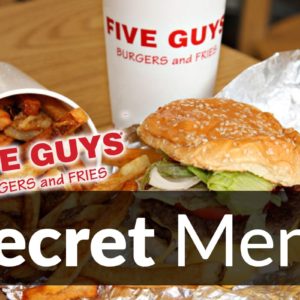