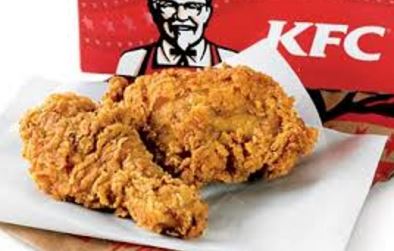 It lies locked away inside a 770-pound digital safe, guarded by thick walls of cement and motion sensors.

No, this isn’t the plot of a new spy thriller. It’s just the safe holding the KFC original recipe from the Colonel himself.

KFC’s been around for close to 90 years now and is an American fast food staple. What began as a humble gas station that became well-known for the Colonel’s fried chicken has blossomed into a multi-million dollar fast food restaurant.

By 1940, Colonel Sanders had explored, tested, and tried many ways of cooking his chicken and what ingredients he should be using. From frying pans to pressure cookers to how many teaspoons of this herb or that spice. Finally he had it perfected, and it became known as his original recipe with 11 herbs and spices. The best part? It was a secret! And the KFC original secret recipe was born.

All anyone knew was his secret blend of herbs and spices contained salt, pepper and the rest were ingredients you’d find on anyone’s pantry shelf Colonel Sanders would coyly say when anyone asked.

And the secret recipe might be the secret to its success, not only because of the fried chicken’s tasty, greasy goodness, but because of the mystery behind the recipe. No one has been able to replicate it, and KFC has done a good job of capitalizing on the marketing avenues it lends.

Almost a century it has remained a mystery

Through 86 years, the recipe has remained one of the most famous trade secrets. In fact, the ingredients are put together in separate locations and shipped to individual restaurants to maintain the secret recipe. But now the beans (or, better yet, spices) might have been spilled by the Colonel’s nephew, Joe Ledington. (KFC no longer is in the Sanders’ family but was sold by the Colonel before his death. It is a part of the Yum!Brand.)

Ledington claims to have found the handwritten recipe in his aunt’s (his father’s sister) family scrapbook. His aunt married Colonel Sanders.

KFC refutes Ledington’s claims, and the company spokesperson said many have claimed to have the recipe through the years, and this is just another false claim. However, Mr. Ledington says he doesn’t want to get into an argument with Yum!Brand, and while the handwriting isn’t his uncle’s hand, he does remember mixing up those 11 herbs and spices and selling it to restaurants when he was a boy.

He believes the true star of the KFC original secret recipe was the white pepper. It was very uncommon back in the 1950s, and Ledington believes the use of a similar, yet unique, ingredient made the recipe what it is.

Several news organizations have tested the recipe and compared it to a bucket of the Colonel’s original recipe. No one found it was a perfect KFC match. Until, the Chicago Tribune added one additional ingredient from the alleged Colonel’s recipe — MSG. Then it tasted just like a KFC bucket.

What do you think? Is this the KFC original secret recipe?