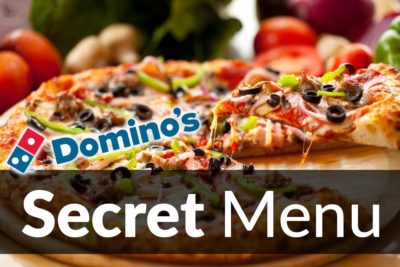 You might think that you know the Domino’s menu like the back of your hand. But you would be wrong. The Domino’s secret menu is one of the biggest of any pizza chain (even bigger than the Papa John’s secret menu), and is also one of our favorites. 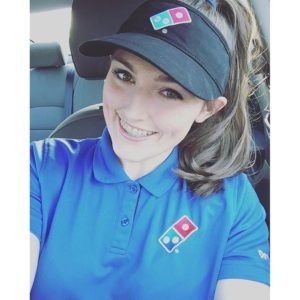 Look at that smiling face. Doesn’t she look so happy?

There are downsides to this. The main one being that your discount only applies in the restaurant in which you work. This means that you may have to make your own pizza. And if not, you probably know the person who did (and if it was Pete, he probably spat in it, you know what he’s like).

You will also get very fat, very quickly. The girl in the picture looks quite trim, so she either hates pizza (which is highly unlikely, on account of the fact she is human) or she has just started work.

And the plus side? Well, it’s cheap pizza. What more do you want? In our Domino’s menu prices guide we discussed just how affordable this menu was. And with this discount, you’ll want to eat pizza for breakfast, dinner and supper. We certainly do. 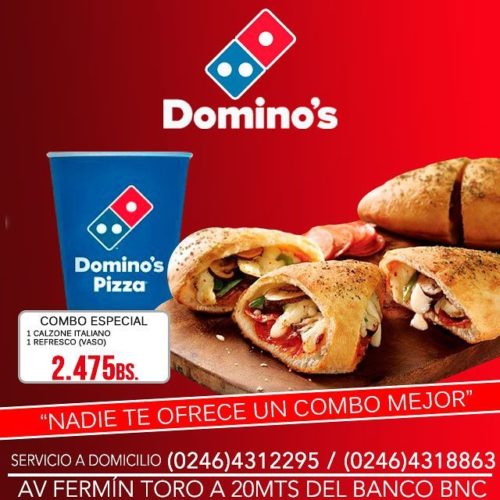 The All Day Breakfast Pizza is an illusive pizza. So much so, in fact, that we were not able to snap a picture of it. We tried, believe us we did, but we somehow ended up with a picture of something else entirely. And before you ask, no, it had nothing to do with laziness.

The All Day Breakfast Pizza may sound like a random jumble of words that do not belong together, and that’s because that’s exactly what it is.

The idea of putting an all-day breakfast on a pizza is akin to that Hawaiian mess that your slow friend always orders. At least, that’s what we thought on first inspection.

However, once we tried this pizza for ourselves, we were pleasantly surprised. This is a full English (or Aussie, or Irish, depending on where you’re from) breakfast on a pizza. It contains bacon, scrambled egg, slices of tomato and red onion. For whatever reason, there is also BBQ sauce on there. Although we’ve personally never seen that on an all-day breakfast.

On the plus side, at least they didn’t put baked beans on.

This pizza isn’t available in all locations. We have it on good authority that this Domino’s secret menu item can be purchased directly in Australia and in the United Kingdom. But if you can’t get it by quoting that name, then you can simply try to piece it together yourself with their make-it-yourself system.

This is a true meat feast. A beastly combination of all the protein packed meats that Domino’s have to offer. One of our favorite items on the Domino’s secret menu, the Super Lot is available in most locations.

And if they don’t have it, you can just load-up on the toppings and create it yourself. Trust us on this one, you will not be disappointed.

The Super Lot combines pepperoni with shredded ham, ground beef, mushrooms, red onion, pineapple, mushroom, olives and oregano. It is a veritable carnivorous feast, reminiscent of some of the items on the Pizza Hut secret menu. So much so that you won’t even be able to taste the pineapple, which inexplicably stole its way on there.